As we get closer to the one-year anniversary of the Marshall Fire, I wanted to give everyone a look at the progress of the sales of lots where homes were lost. These figures were pulled on Oct. 27th. 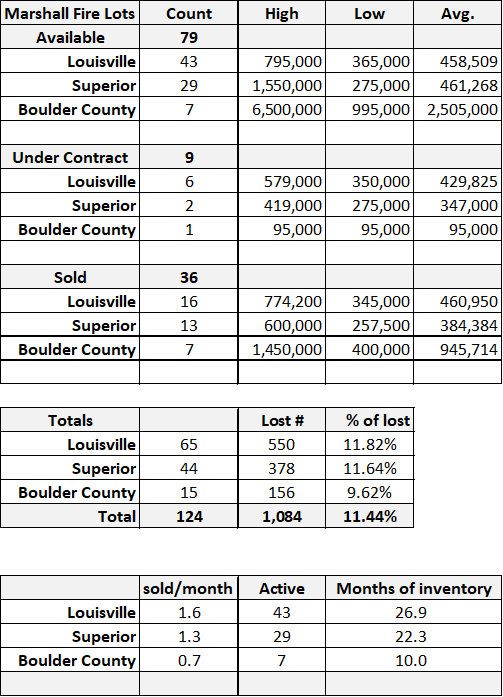 Anecdotally, it seems like closed prices for lots are dropping. I don’t have hard numbers on that, but that could be a reflection of rising interest rates, lot quality (best lots sold first), fulfilled buyer demand, or other factors so far un-identified. I hope we may see better lot sales moving forward as the ash and debris fades in our memories and many of these areas start looking more like neighborhoods again as greater numbers of homes begin the process of rebuilding.

I’m also keeping a close eye on the countywide Percent Under Contract numbers. This metric has had a larger, faster change this year than at any time since I began tracking these numbers back in 2004. We hit the high mark for the year on March 28th, when 66.15% of the homes in the County were under contract. Since that time, we’ve had an almost straight line drop to the 29.89% under contract number we had on Oct. 24th. There was a 3-week sideways wiggle at the end of August, but then the drop re-asserted itself. This is the first time we’ve been under 30% under contract since 2012. For those that weren’t around or don’t remember, 2012 was our transition year where we came out of the effects of the Great Recession and entered the hot market we’ve enjoyed since. To me, the impact of my words isn’t as strong as the visual confirmation in the chart below where you see how violent and unprecedented a move this has been. 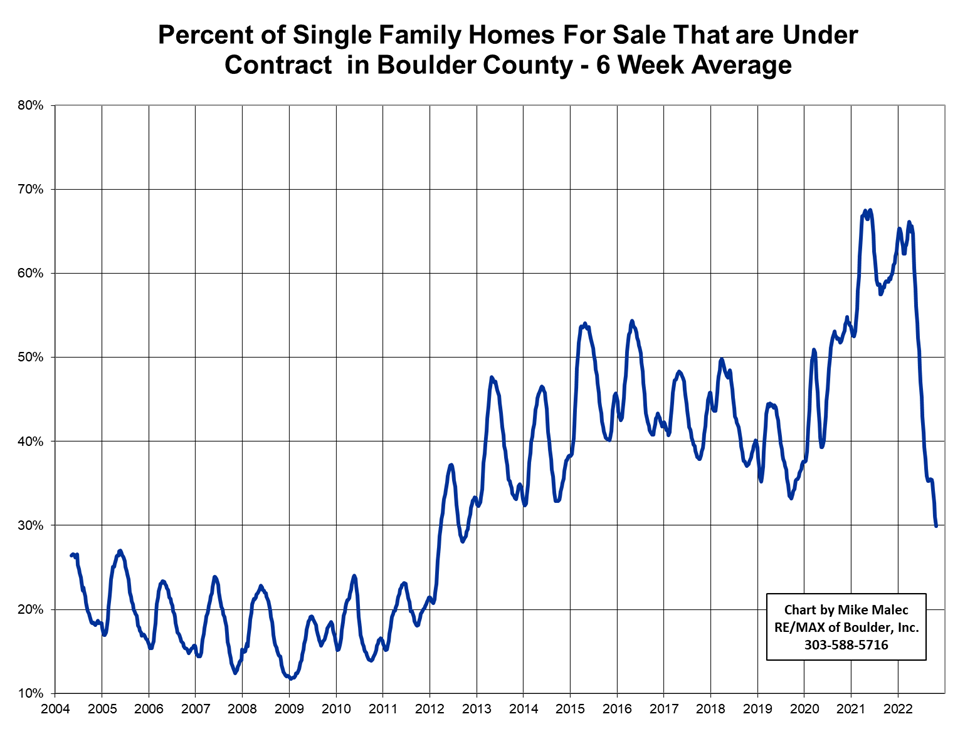 The big question this chart asks, “Have we hit the bottom yet?” The raw data behind the 6-week average in the chart above is showing some hopeful signs, but they are very similar to the signs we saw at the end of August which ended up not being the bottom we were hoping for.

A spooky look at the market, hope everyone has a good Halloween!