We’re seeing an interesting development in the chart of the Percent of the Single Family Homes that are Under Contract in Boulder County. Every fall, that percentage reaches the bottom of its drop from the summer peak and rebounds, usually climbing through to next summer’s peak. There can be an anomaly each year in January where we see a blip due to the number of listings that expire at year’s end. This year, the overall percentage has been dropping since the end of May and bottomed mid-August. That is an earlier bottom than we’ve seen in most years. I don’t see any consistent trends in this metric when the rebound happens earlier in the year or later. 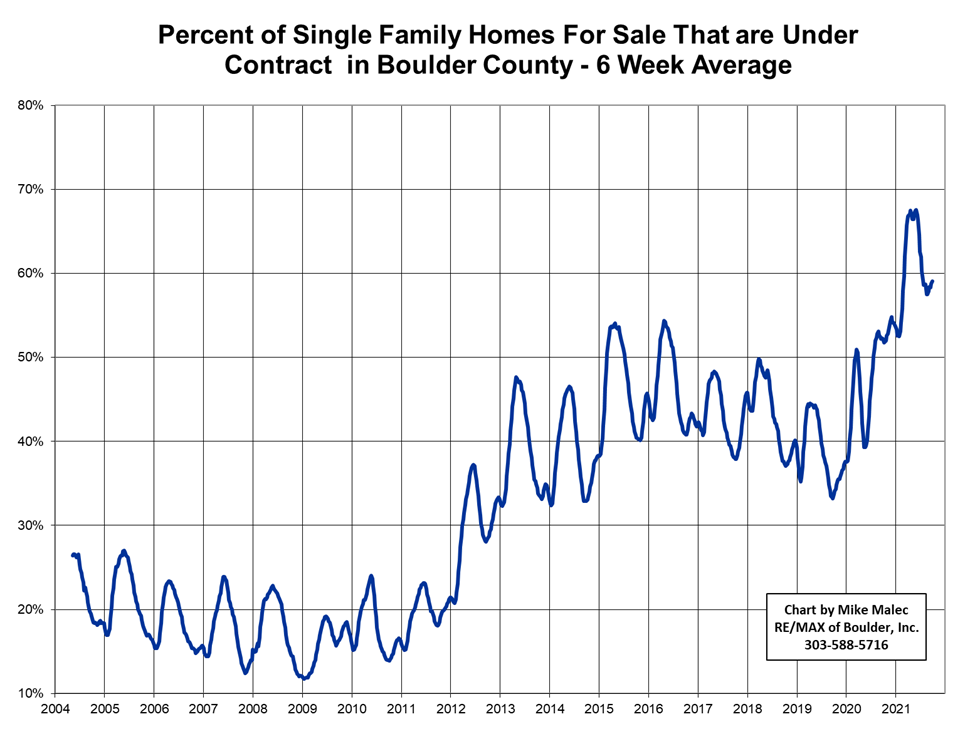 If this upward change in the data holds through the winter, that indicates to me that next spring should be active. If we see this upward trend reverse before the end of the year, that would indicate to me a less robust spring market. As always, I’ll be watching the numbers and keeping you in the loop of what I see and where I think we’re headed.
Hope everyone has a wonderful Fall!