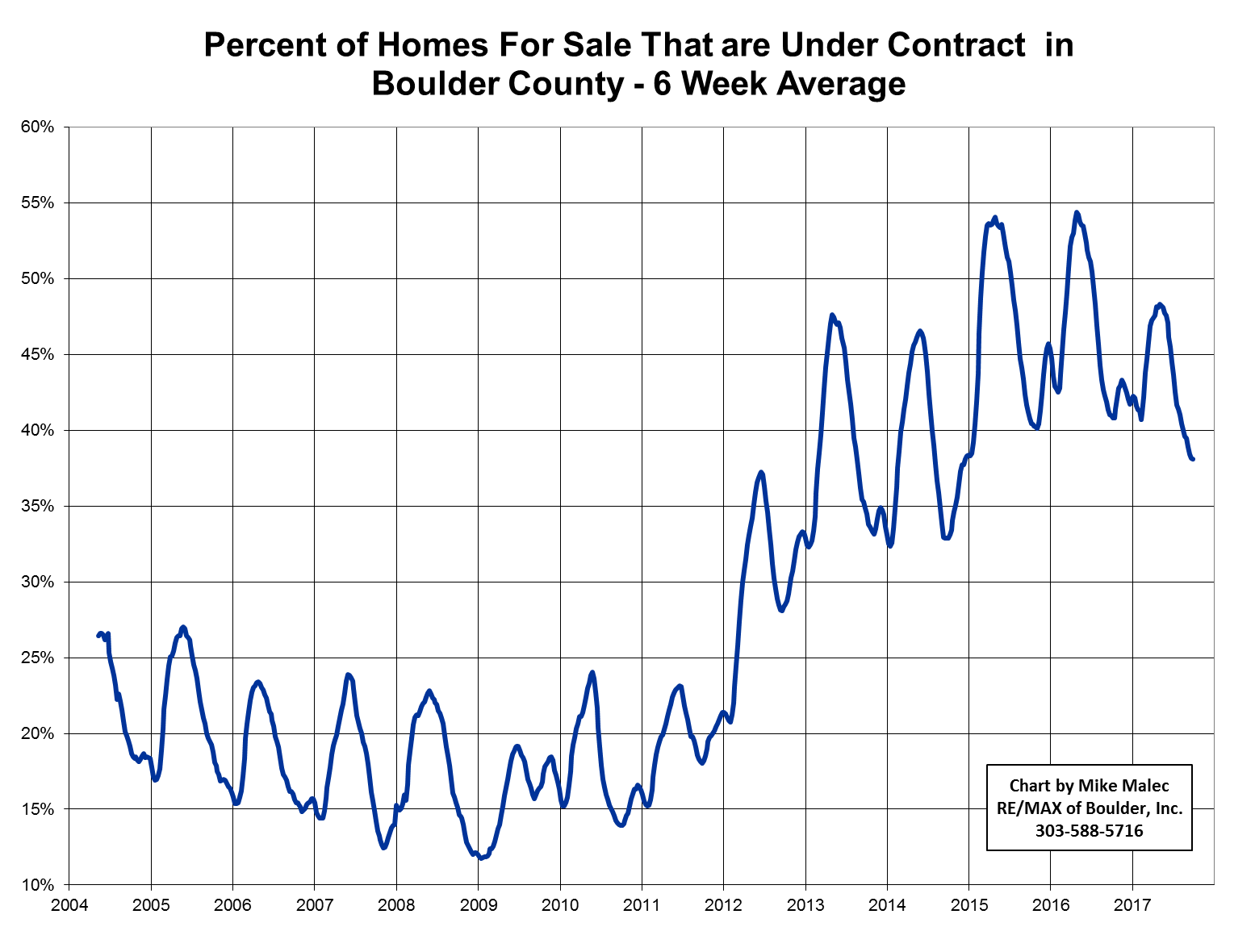 The shift in the market seems to be coming clearer as we move into the fall. Homes are taking longer to go under contract and inventory is building faster than sales. The shift is still patchy however in that certain areas and price points are still very active. I’ve even seen this patchiness within neighborhoods as some homes get scooped up quickly while others can linger on the market. Buyers are once again caring about finishes, upgrades and location when comparing homes. Homes with negative issues are starting to again be penalized by the market, just being for  sale is no longer all it takes to move a home.

One of the metrics that is displaying a marked shift that caught my eye recently is the percent of homes under contract across all of Boulder County. This summer, this metric didn’t rise above 50% under contract like the last two summers. It is also now displaying an under contract percentage that is below what we saw during any point in all of 2015 and 2016. A definite shift in the market. 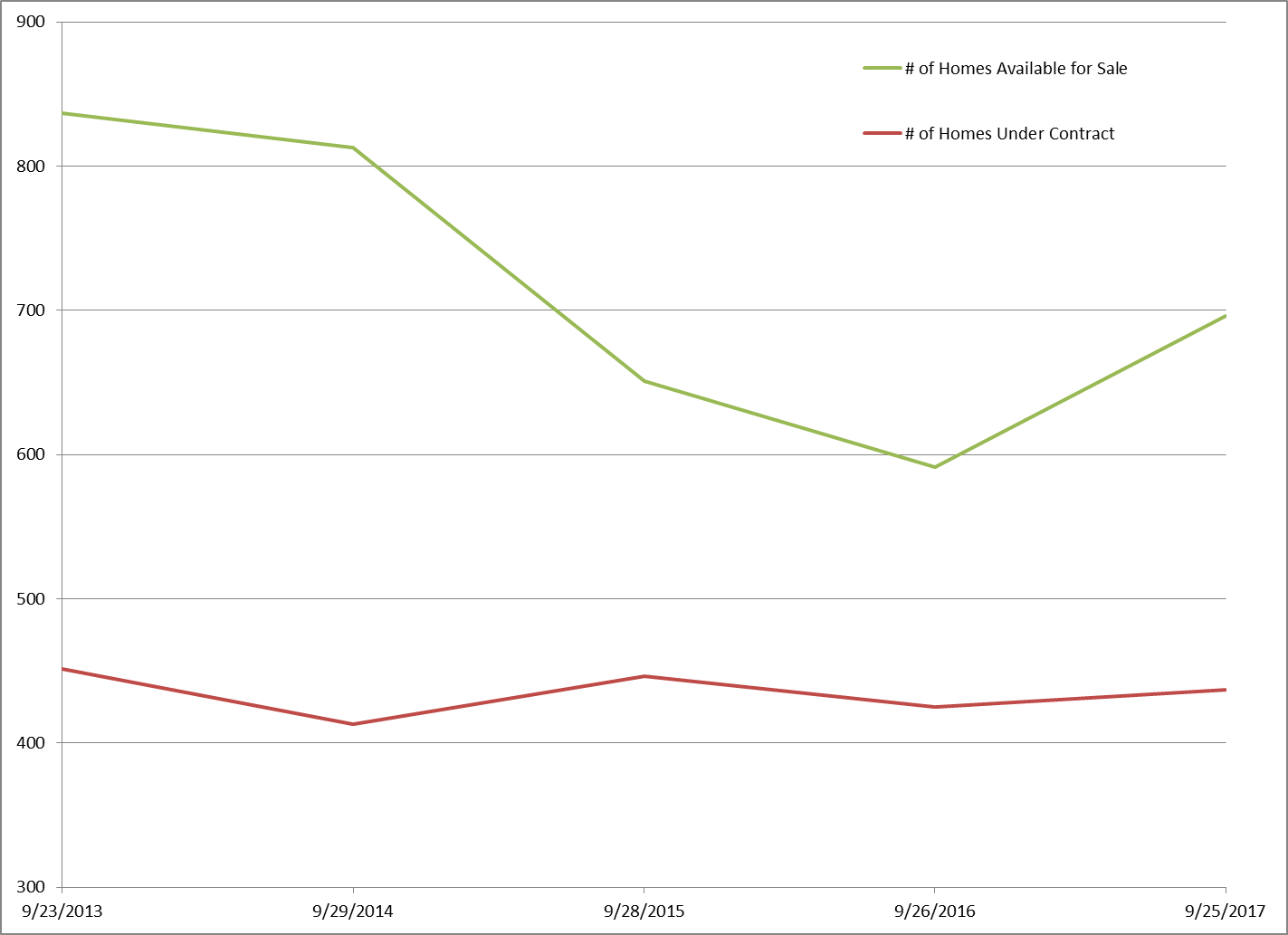 So, inventory is growing strongly while sales have only increased mildly. A big question though is this change in trend a seasonal pattern or indicative of a market shift. Since we’re comparing these numbers for the same date going back over the last 5 years, I don’t think we’re seeing a seasonal pattern, but I’m not sure we’ll be able to answer that until we see how spring of 2018 plays out. Enjoy the changing seasons!