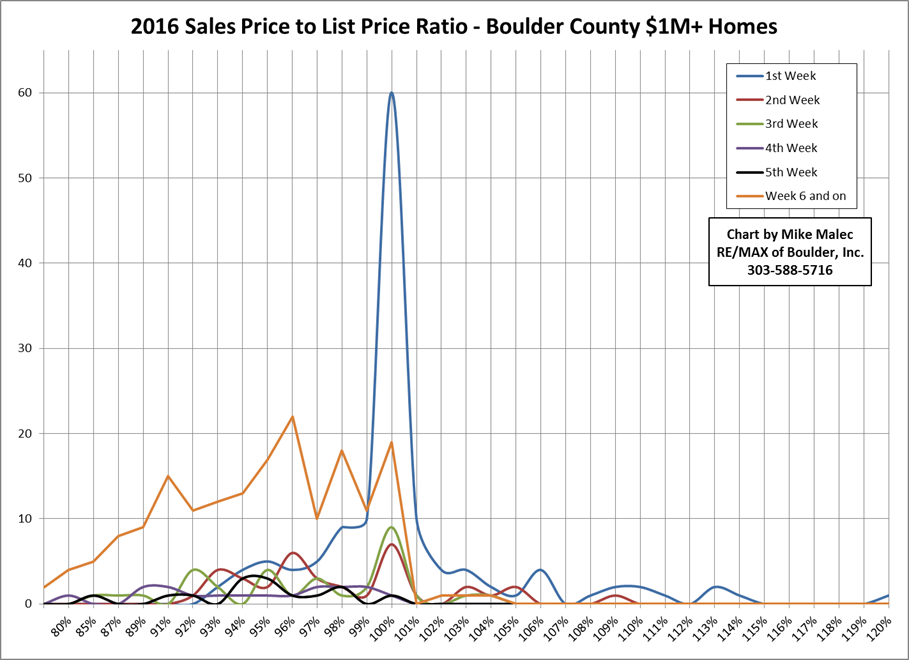 Last month we talked about the Sales Price to List Price ratios for properties that sold in 2016. This month I wanted to take a look at that same statistic but just for properties that sold for over a million dollars after concessions were removed from the sales price. In 2016, 412 properties met this criteria, a mix of single family homes and downtown Boulder attached loft type properties. I was surprised once I ran this analysis how closely the over a million market matched the overall market but there were some differences. 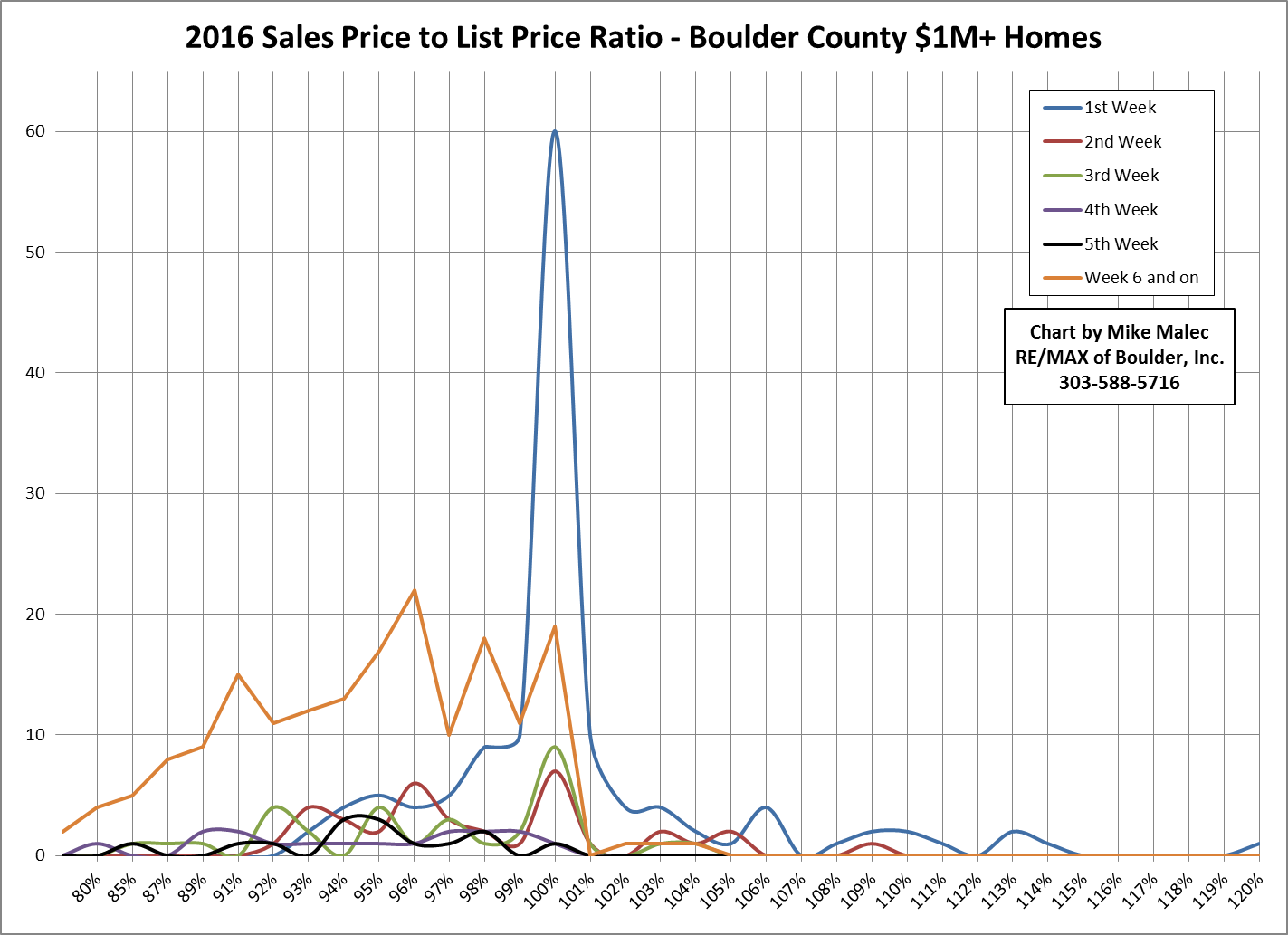 Aside from all of these differences, I was surprised at how the chart of this data wasn’t substantially different than the chart of the overall market. Both charts have a strong spike in week one for sales right at asking price. Both charts have peaks in weeks 2 & 3 right at asking price. Both charts show strength in week 1 sales over asking price. I went into this analysis expecting the million dollar plus market to be dramatically different. The reality is that there were minor differences but it was generally the same. It will be interesting to look at this data again next year and see if and how it changes. Until then, have a great spring.