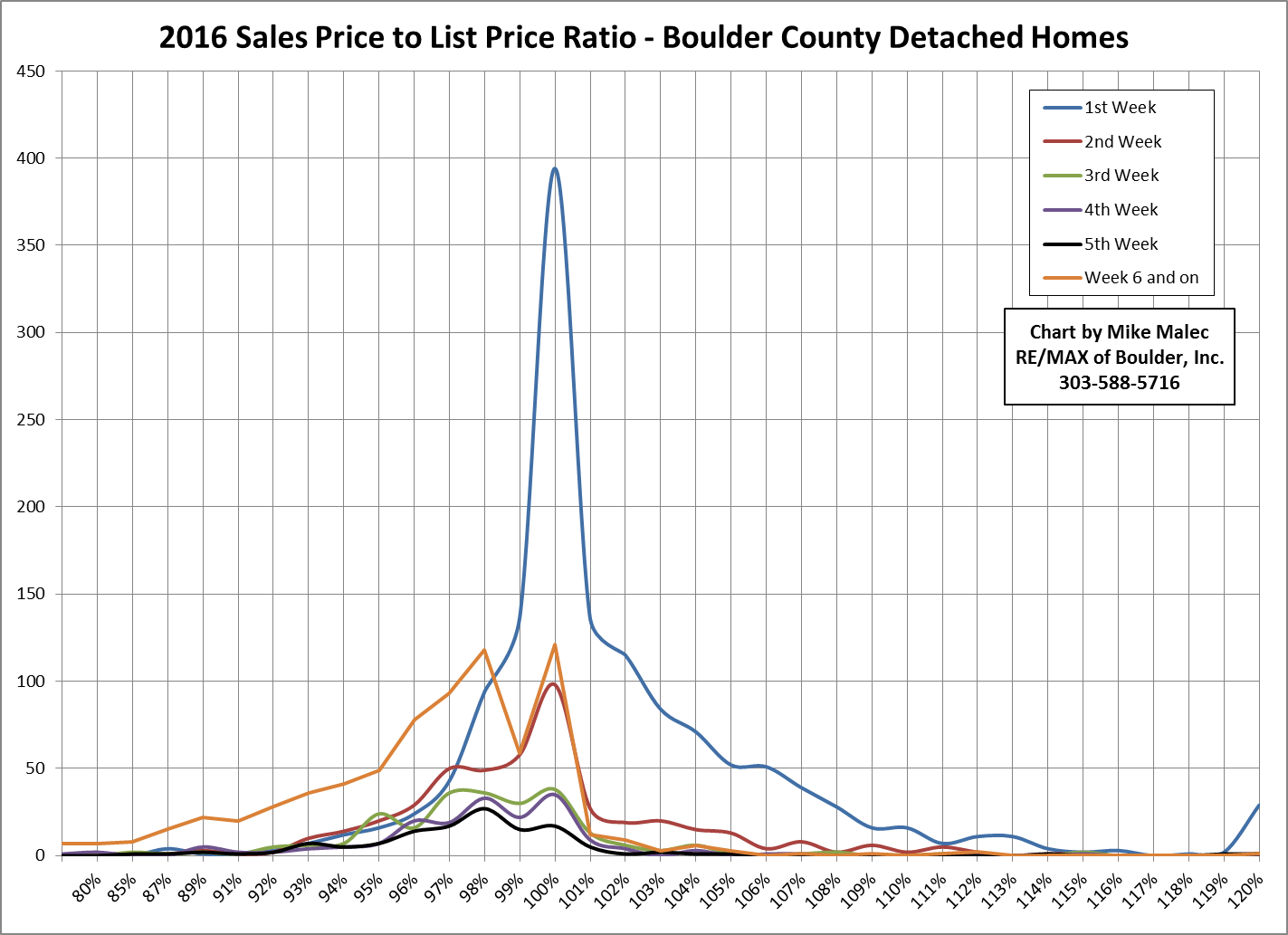 The first analysis was just to look at the percent of the market that is selling for over asking price and how that metric is trending over time. In 2016, the percentage of Single Family homes selling for over asking price continued to climb, but the increase appears to be slowing. For Attached homes, the increase has not only slowed but dropped just over 1%. Hard to tell how significant this Attached change is if at all. If we get a second year of drop in the over asking percentages after the end of 2017 that could signal a change in the trend. Hard to believe that over half of all Single Family homes and almost ¾ of Attached homes sold for over the asking price again in 2016.

The second stat I wanted to revisit again was the sales price to asking price ratios and how those ratios change depending on how quickly the home goes under contract. As you would expect, the more quickly the home gets snatched up, the more likely the sales price was to be at or over the asking price. In 2016, 75.81% of the homes that went under contract within the first week of their market entry eventually sold for over their asking price. As we saw in 2015, not a lot of negotiating room for properties during the first week on the market. Also as expected, the percent of homes that sell for asking price or better drops the longer the home sits on the market without an offer. The one quirk to this IRES data that I haven’t been able to eliminate is the possible inclusion of properties that were withdrawn and then re-entered with a new MLS # and possible new asking price that then sell quickly even though they have a lengthy combined days on market.

As with most of our statistics lately, looking at these same stats for Attached Homes shows an even stronger seller’s market than the Single Family homes. In 2016, Attached homes that went under contract within the first week on the market sold for asking price or better 86.23% of the time. More than half of all 2016 sales of Attached homes went under contract in the first week. As we saw in 2015, there is an odd increase in the sales price to list price ratio when you get to week 5 and beyond. My best guess to explain this phenomenon is that in condos you start seeing successful price reductions more quickly than in single family homes. 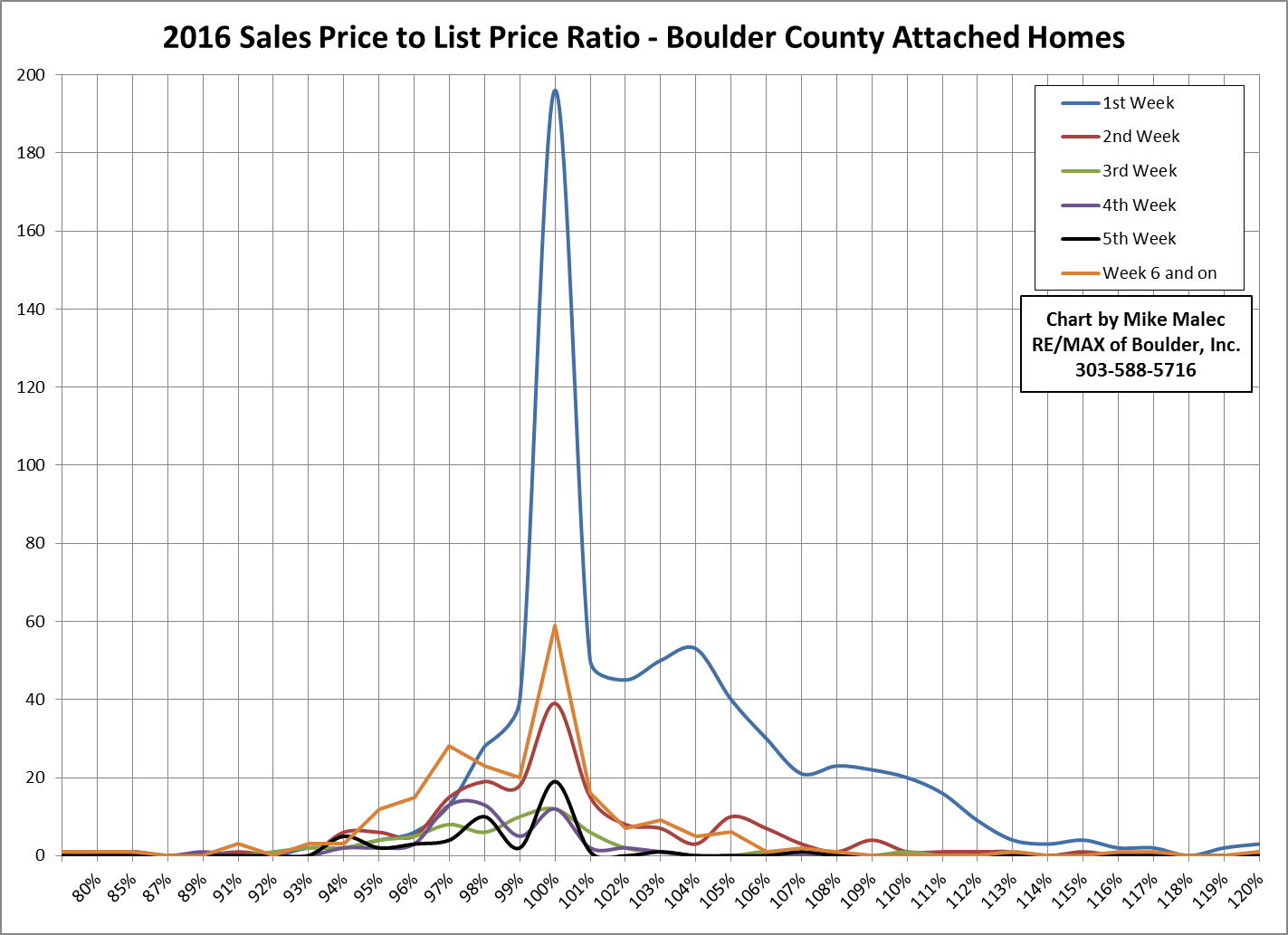 All of these numbers are from last year and this year feels subjectively to be just a touch slower. It will be very interesting to revisit these numbers after the end of 2017 and see what changes occurred. Have a great start to 2017.