We’ve talked about the FHFA HPI index before. To me, this is the best home values index to watch as it compares the value of the same home as the value changes over time as reported in sale and refinance appraisals, comparing apples to apples. Here are some significant findings from the most recent HPI report which covers the Second Quarter of 2016.

And from FHFA, price appreciation across the entire US. 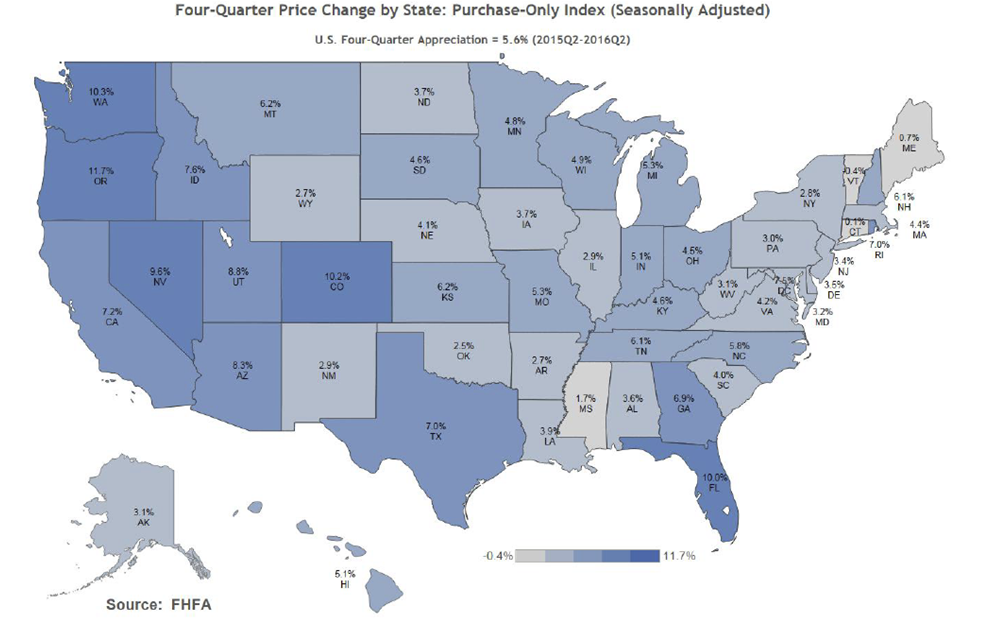