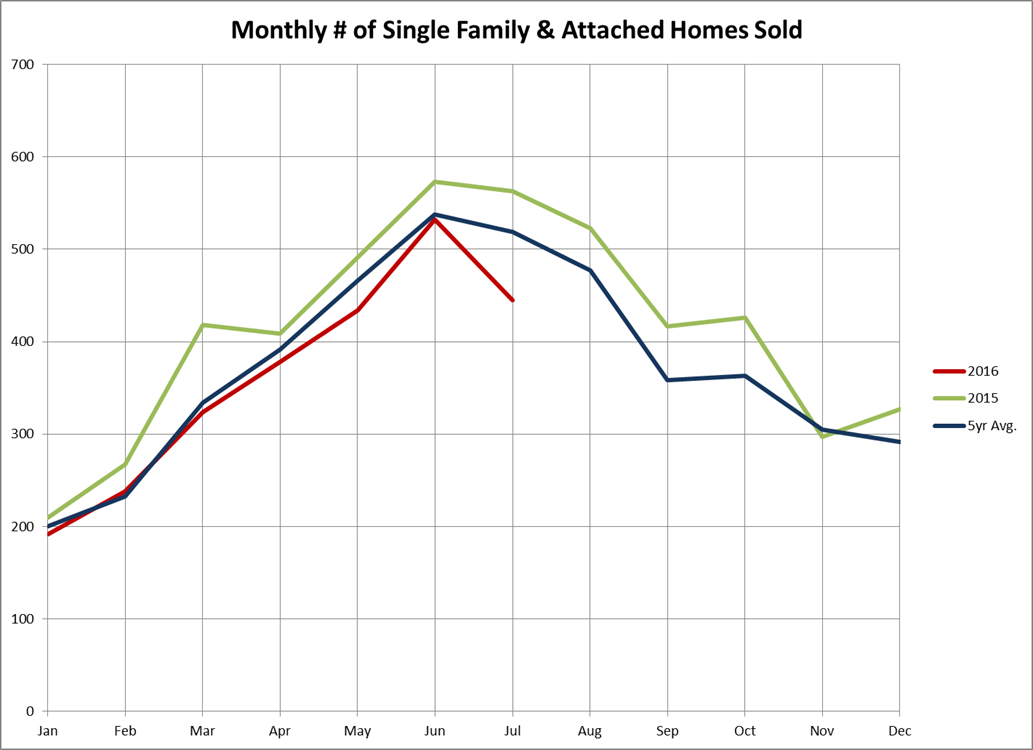 Lately, at the start of August I always wonder if the market is slowing or if the recent weakness I’ve felt is just due to a mid-summer slump. For the third summer in a row, Mid-June through July has felt slow to me and to many of the other brokers I’ve spoken to. I’ve heard lots of reasons for this; clients on vacation, brokers on vacation, buyers burnt out after the spring frenzy, and etc. but I’m not sure there is one sole cause of the mid-summer slump. The fear I have every year is that the mid-summer slump isn’t a typical annual occurrence, but the start of a market trend change.  Usually though as we get into August it feels like market activity starts to recover.

Here’s a look at a graph charting the performance of 2016 so far as compared to 2015. The numbers for July have just been released and as late July closings get added, the dip at the end of the graph will improve but sales definitely peaked in June which is typical.

Another way of judging when the market feels to have peaked is to look the percent of homes under contract.  The busiest time will be just before and during the peak on that graph. You can also see the mid-summer slump and the rebound towards the end of the year in the past two years. The busy period will be before the peaks and rebounds due to the nature of the buyer’s need to look at homes prior to writing an accepted contract that shows up in graph. 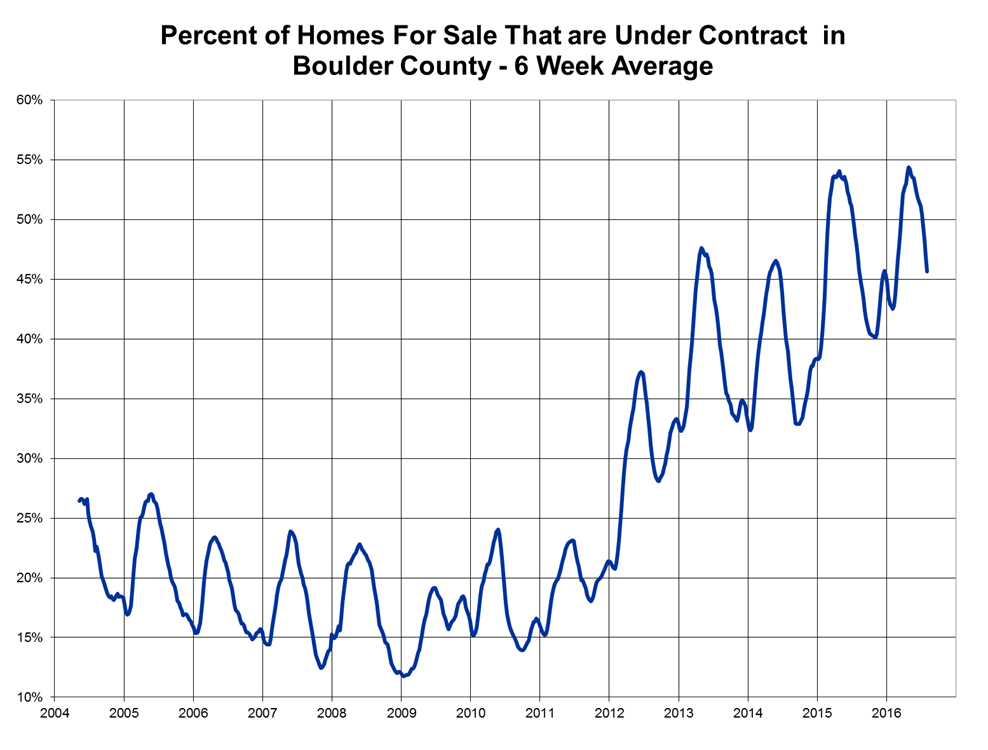 So, is this slower feeling time the mid-summer slump we’ve had the past two years or something different? I think it’s just the seasonal slowdown. I can’t point to any market force that would be causing something different. Local unemployment is still low. In-migration to our area is still strong. Mortgage rates are still at historic lows. The one possible market force that could be creating a market change is affordability. The large upswing in prices may have exhausted the stored buying power of the buyer pool. Mitigating that possible negative is the lack of future growth areas for the County. The lack of future new home building is an influence we’ve never had before so it’s hard to characterize what impact that will have on our market.

If you’re a buyer, now is the time to be out looking. Generally sometime in August the activity will start to pick up again before it cools off for the end of the year holidays. Happy house hunting.