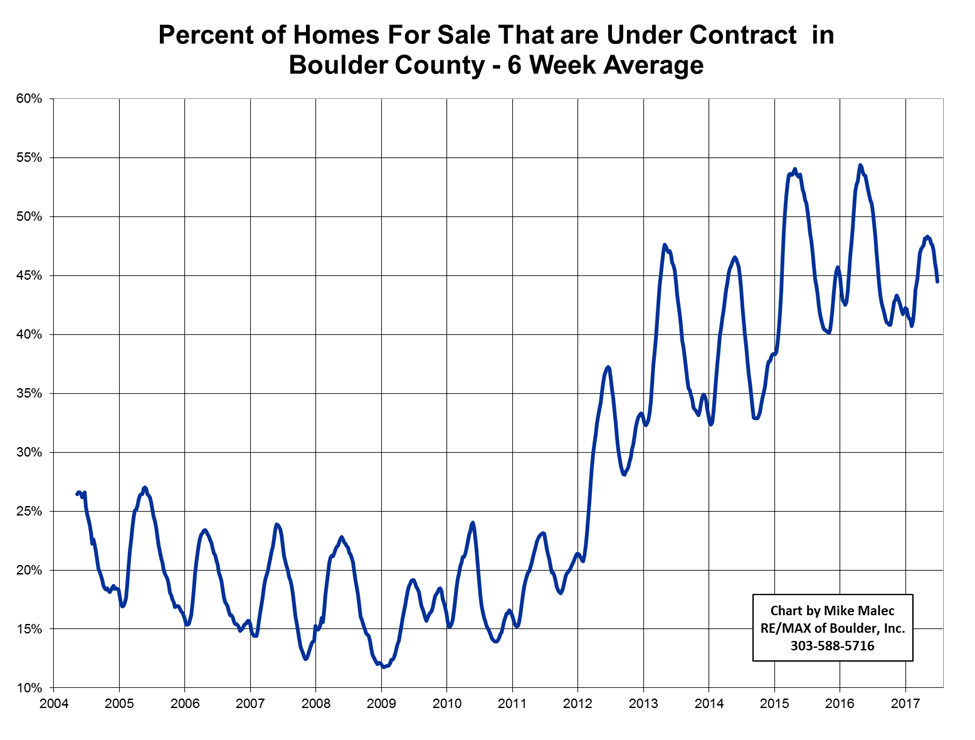 Many of the brokers that I chat with about stats are commenting on how they feel a change taking place in the market.  This change isn’t uniform across Boulder County yet, but I suspect by the end of this year, we’ll all agree the days of instant offers and annual appreciation in the teens will have ended.

So aside from gut feel, what stats are starting to show a change?  One of the ones I keep an eye on is the percent of single family homes in each area that is under contract.  You can see in the chart below that we have rounded over the top in this metric.  While there was a small drop from 2013 to 2014 that ended up not signaling a change, the drop so far from 2016 to 2017 seems significant enough to signal a change.  We’ll eventually have further data to confirm this change and then get an idea for the slope of the change.  Once we have a confirmed shape to the new direction, we can call when we break out of the new trend at some point in the future.

I maintain these same stats for each sub-area in the County.  That chart is more interesting in that you can watch the individual cities move up and down as compared to the other cities in the County.  I have been tracking these stats since 2004 and a very interesting change has occurred since then.  Back then, the City of Boulder was always a top performer in this chart, frequently having the highest percentage of homes under contract in the County.  Since the Great Recession however, the City of Boulder has been towards the bottom of the chart and lately has been tracking below the County average.  Longmont and Erie back then were usually at the bottom of the chart but recently they’ve been trending much higher.  I think this change is a reflection of affordability.  As prices within the City of Boulder have climbed dramatically, the relatively lower prices further out in the County have driven demand outside of the City.  One other observation, the Suburban Plains have been a perennial underperformer compared to the other areas within the County. 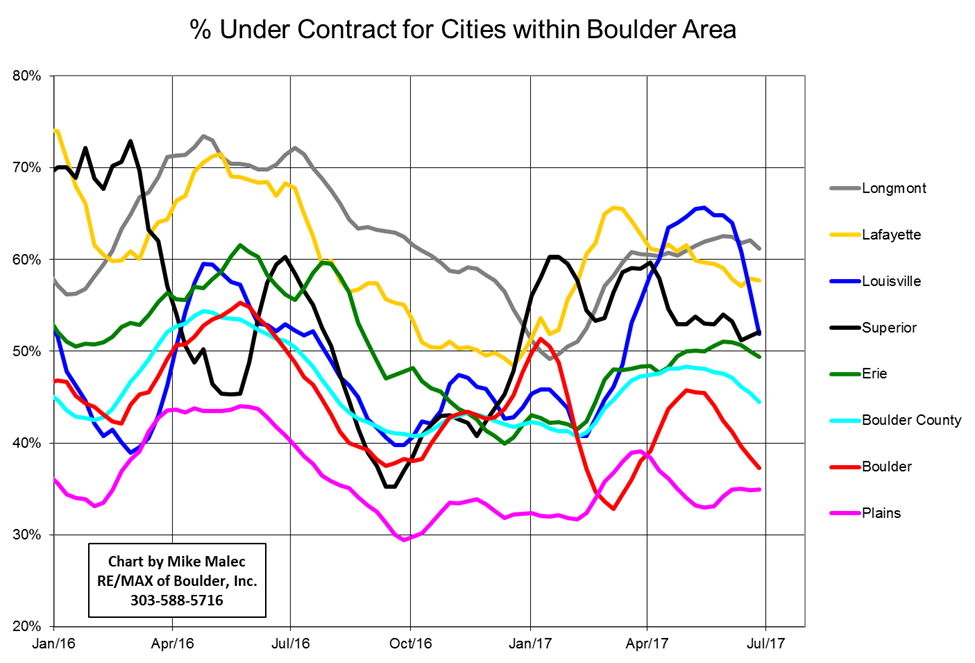 We’ll be keeping an eye on this chart as the market potentially shifts.  Dramatic changes in the positioning of the competing subareas will give us some insight to what’s happening and how big a factor affordability is playing.

Hope everyone had a wonderful Fourth of July!