I recently decided to look at the sales price to list price ratios for sales in Boulder County going back over the last 5 years. I know the market has changed dramatically in that time and I wanted to see how much the ratios have changed. The data is very impressive and I’ve tried with questionable success to chart it in a way that distills the information.

In just 5 years, the number of detached homes selling at or over asking has increased by 212% and for condos, that number has increased by 261%.  That is a major change for our market and one that many buyers are still adjusting to. These numbers may be slightly inflated for every time period as the data I can download doesn’t include concessions, but the price inflation due to the lack of concession information should be fairly consistent year to year.

Here is the chart showing the change in single family sales prices to list prices. 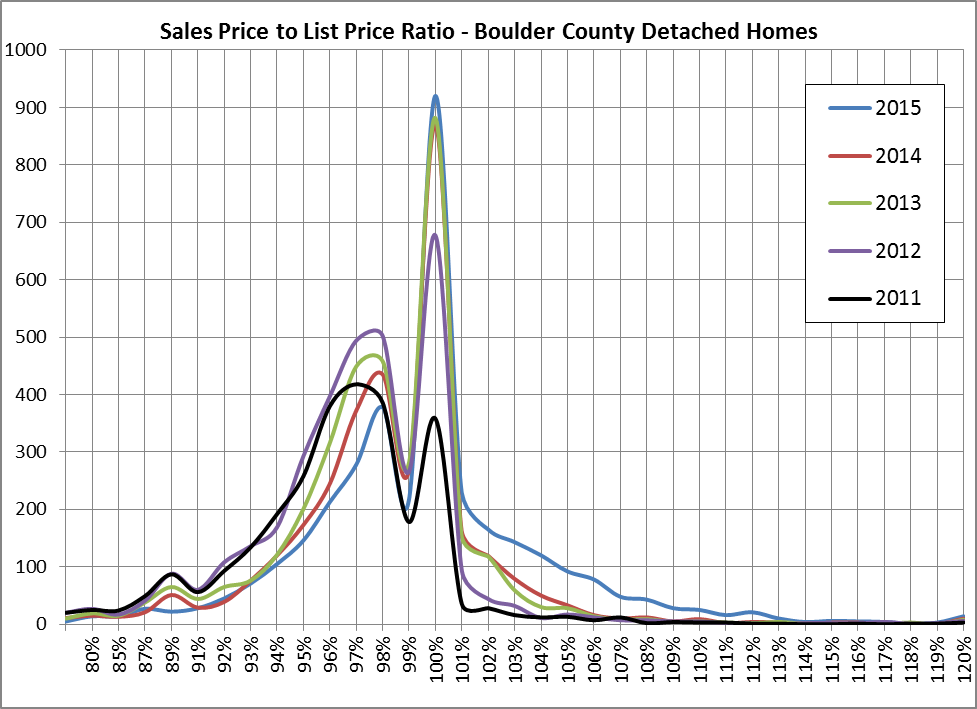 Here’s the chart for attached homes which is very similar to the detached chart. 2015 being the strongest year out of the last 5, the same quirk in the chart at 99% of asking, and greater numbers of sales over asking every year. The biggest difference is how many homes sold for over asking and how far above asking that strength extends to. In 2015 we saw large numbers of condos selling for 10% over the asking price, a strong market indeed. 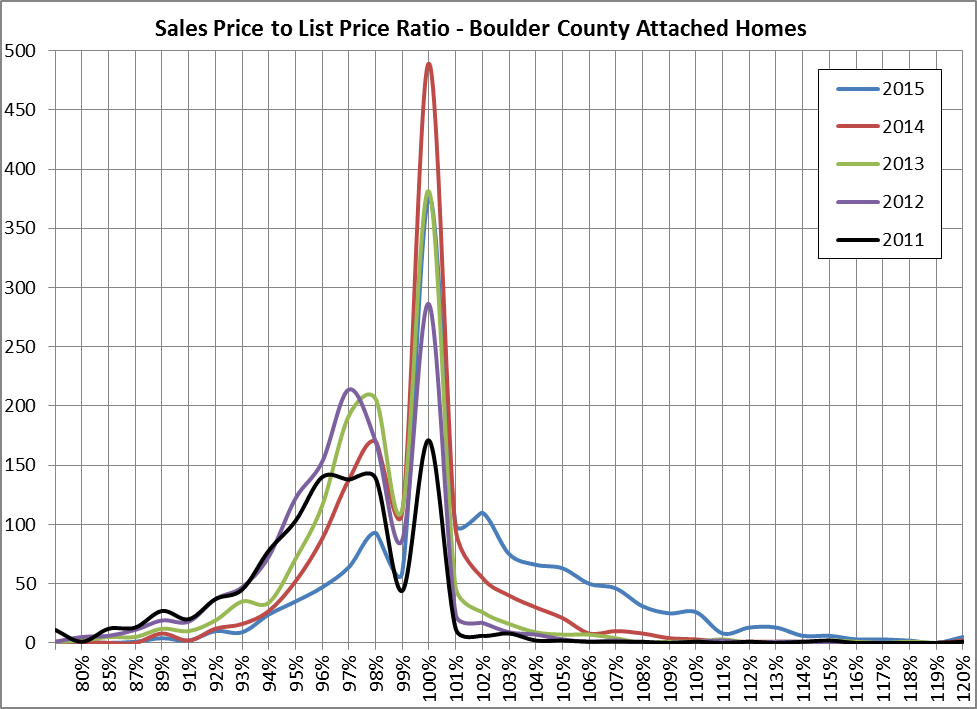